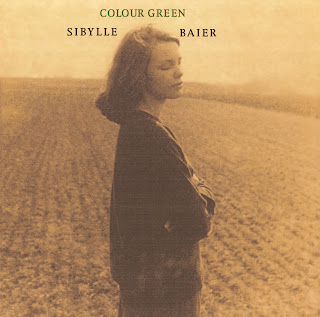 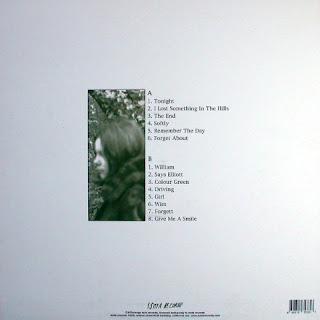 One of my favorite discoveries this winter was the German singer Sibylle Baier. The story of how her wonderful record, Colour Green, came to be is as interesting as the music itself.

She grew up in Germany in the 50s and 60s. During a particularly low period in her early life, a friend tried to cheer up Baier with a road trip to Strasbourg and the Alps in Genoa. The excursion had a lasting impact. When she returned home, she wrote her first song, “Remember the Day,” in response to her travels with her friend Claudine.

Baier continued to write music for herself and her family. Between 1970 and 1973 she recorded a number of songs on a reel-to-reel tape recorder at her home in Germany. Although her music was featured in the film Umarmungen und andere Sachen, and she played a role in Wim Wenders’ 1973 movie Alice in the Cities. Baier chose not to pursue an acting or music career in the end. Instead, she moved to America and focused on raising her family.

These songs might never has seen the light of day if it weren’t for Sibylle’s son Robby. Some 30 years after Baier made these intimate recordings Robby compiled a CD of his mother’s early music to give to family members as gifts. He also gave a copy to J Mascis of Dinosaur Jr., who passed the disc along to Orange Twin, a record label in Athens, Georgia. In 2006 Baier’s music rightfully earned a loyal following when Orange Twin released the songs as the collection Color Green.

The fourteen original songs on the album feature Baier singing and playing acoustic guitar. There are no background vocals or session musicians; the recordings are just as she made them in the early 70s. It was a wise decision to let these lovely home recordings stand on their own–overdubbing only would have muddied her clear, pure vocals. Everything about Colour Green is memorable, most especially Baier’s unique, haunting voice and the intimate lyrics that tell simple stories about daily life.

Baier has a wonderful eye for small, everyday details. One minute, she sings about buttered bread, apple pie, and feeding the dog and cat, and the next, she is quoting the poet T.S. Elliott. And she shares these intimate details with none of the sentimentality or false nostalgia that mars so much acoustic folk music. Baier gently evokes the experience of riding in a car, coming home from work, or visiting the zoo with her daughter and son.

The fact that these songs were never meant for public consumption gives them an authenticity and sincerity that is frequently absent in most of today’s popular music. Baier’s straightforward style reminds us that political earnestness, irony, fancy production, and virtuoso musical talent aren’t necessary to create memorable, moving work. Nick Drake may be her closest equivalent, though early Leonard Cohen, Cat Power, and Vashti Bunyan also spring to mind. But in the end, such comparisons don’t do Baier justice. There is really no one else quite like her.

I’ve been recommending Colour Green to friends all winter. I’m only sorry that I didn’t discover this gem sooner. Baier is the perfect music for cold, snowy evenings by the fire (or huddled by the radiator inside your tiny, Brooklyn apartment). As the snow finally melts here in New Hampshire, I’m sure I’ll continue listening to Baier’s poignant descriptions of blue skies and “leg high grass.”

According to Sibylle Baier’s official website, the singer has been writing and recording some new songs since the release of Colour Green. Let’s keep our fingers crossed that fans will be treated to some new music before too long.

Thank you, margot. It is much appreciated, as is your effort always!

Thank you, margot. It is much appreciated, as is your effort always.

Stupid mother fucker!!!!! there is a password in mediafire!!!! You suck asshole!!! Where is the fucking password!!!???? Stupid idiot!!

Evidently someone out there is not able to read the first comment ...